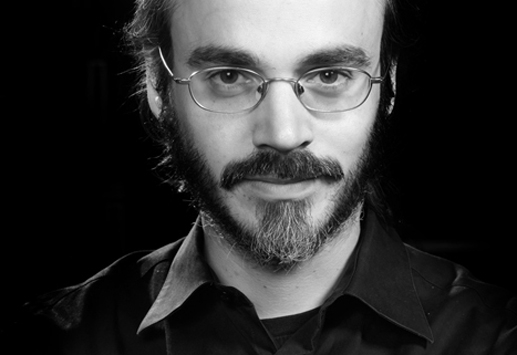 Friday April 19 20:30
Anna Þorvaldsdóttir : Into – second self for brass and percussion (WP)

Ilan Volkov, curator of Tectonics music festival, made his debut with the Iceland Symphony Orchestra in 2003 and took on the post of Music Director and Chief Conductor in September 2011. He began his career as Assistant Conductor of the Boston Symphony Orchestra under Seiji Ozawa, and was Chief Conductor of the BBC Scottish Symphony Orchestra from 2003-2009. Since then he has been the orchestra’s principal guest conductor.
He is a frequent guest conductor with orchestras around the world, including BBC Scottish, and his recordings have won critical acclaim as well as prestigious awards. Volkov is very active in the new music scene and has premiered many contemporary orchestral works, including compositions by Jonathan Harvey, Hans Abrahamsen, Unsuk Chin, Mark-Anthony Turnage and others. Ilan Volkov also works regularly with leading ensembles in modern music such as Ensemble Modern and Musik Fabrik. Volkov has curated various new music events in Israel over the last six years including Hafarot Seder and Hapzura. He has also collaborated with Iancu Dumitrescu, AMM, John Butcher, John Oswald, Zeena Parkins to mention a few. Volkov is a member of the improvisation trio Mines, an ensemble consisting of two violins and drums. In 2013 Ilan Volkov will curate the Tectonics Festival in Scotland with the BBC Scottish Symphony Orchestra and in Tel-Aviv.