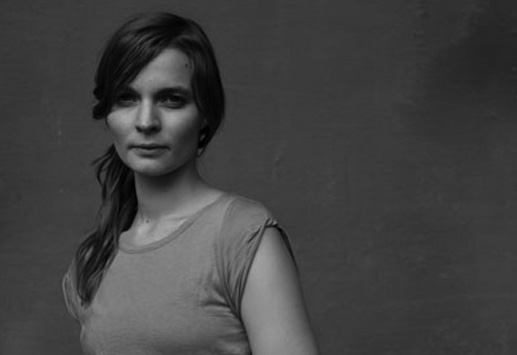 Hildur Ingveldardóttir Guðnadóttir (b. 1982) is a cellist and composer.
Guðnadóttir began playing cello as a child, entered the Reykjavík Music Academy and then moved on to musical studies/composition and new media at the Iceland Academy of the Arts and Universitat der Kunste in Berlin.
She has released 3 solo albums on the English experimental label Touch; mount A (2006/2011), Without Sinking (2009) and Leyfðu ljósinu (2012)
She has written music for plays, dance performances and films, pieces for chamber orchestras, various instruments, voices and electronics. The Royal Swedish Ballet, The Icelandic Symphony Orchestra, Tate Modern and Opera North are amongst the companies that have commissioned works from Guðnadotir.
Guðnadóttir likes to explore the nature and movement of sound, and often turns her experiments into sound and visual installations.
Guðnadóttir frequently collaborates with other artists such as múm, Skúli Sverrisson, Jóhann Jóhannsson, Angel, Pan Sonic and Schneider™. She recently co-composed a live soundtrack to Derek Jarman's 1980 film In The Shadow of The Sun with legends Throbbing Gristle.