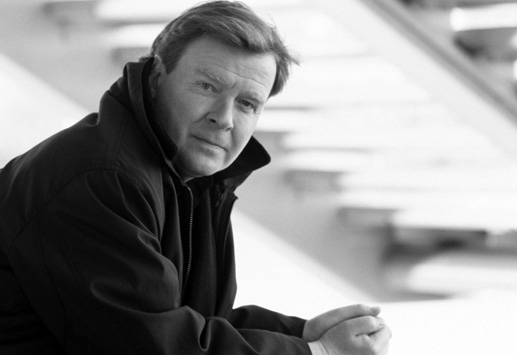 Magnus Lindberg was born in Helsinki in 1958. Following piano studies he entered the Sibelius Academy where his composition teachers included Einojuhani Rautavaara and Paavo Heininen. He founded in 1977 the informal but influential Korvat auki! (Open airs!) society with composers/performers like Hämeeniemi, Kaipainen, Saariaho and Salonen, which aimed to encourage a greater awareness of mainstream modernism. Lindberg made a decisive move in 1981, travelling to Paris for studies with Globokar and Grisey.
His compositional breakthrough came with two large-scale works, Action-Situation-Signification (1982) and Kraft (1983-85), which were inextricably linked with his founding with Esa Pekka Salonen of the experimental Toimii Ensemble. His works at this time combined experimentalism, complexity and primitivism, working with extremes of musical material.
During the late 1980s his music transformed itself towards a new modernist classicism, in which many of the communicative ingredients of a vibrant musical language (harmony, rhythm, counterpoint, melody) were re-interpreted afresh for the post-serial era.
Lindberg's output has positioned him at the forefront of orchestral composition, including the concert-opener Feria (1997), large-scale statements such as Fresco (1997), Cantigas (1999) Concerto for Orchestra (2002-3) and Sculpture (2005), and concertos for cello (1999), clarinet (2002) and violin (2006).
Lindberg was Composer-in-Residence of the New York Philharmonic between 2009 and 2012.
Reprinted – in shortened version - by kind permission of Boosey & Hawkes